The FunKey S teardown was designed to be pretty straightforward. It only require a standard Phillips screwdriver (PH0) and tweezers.

FunKey Project is not responsible for any damage done to your console during a teardown. 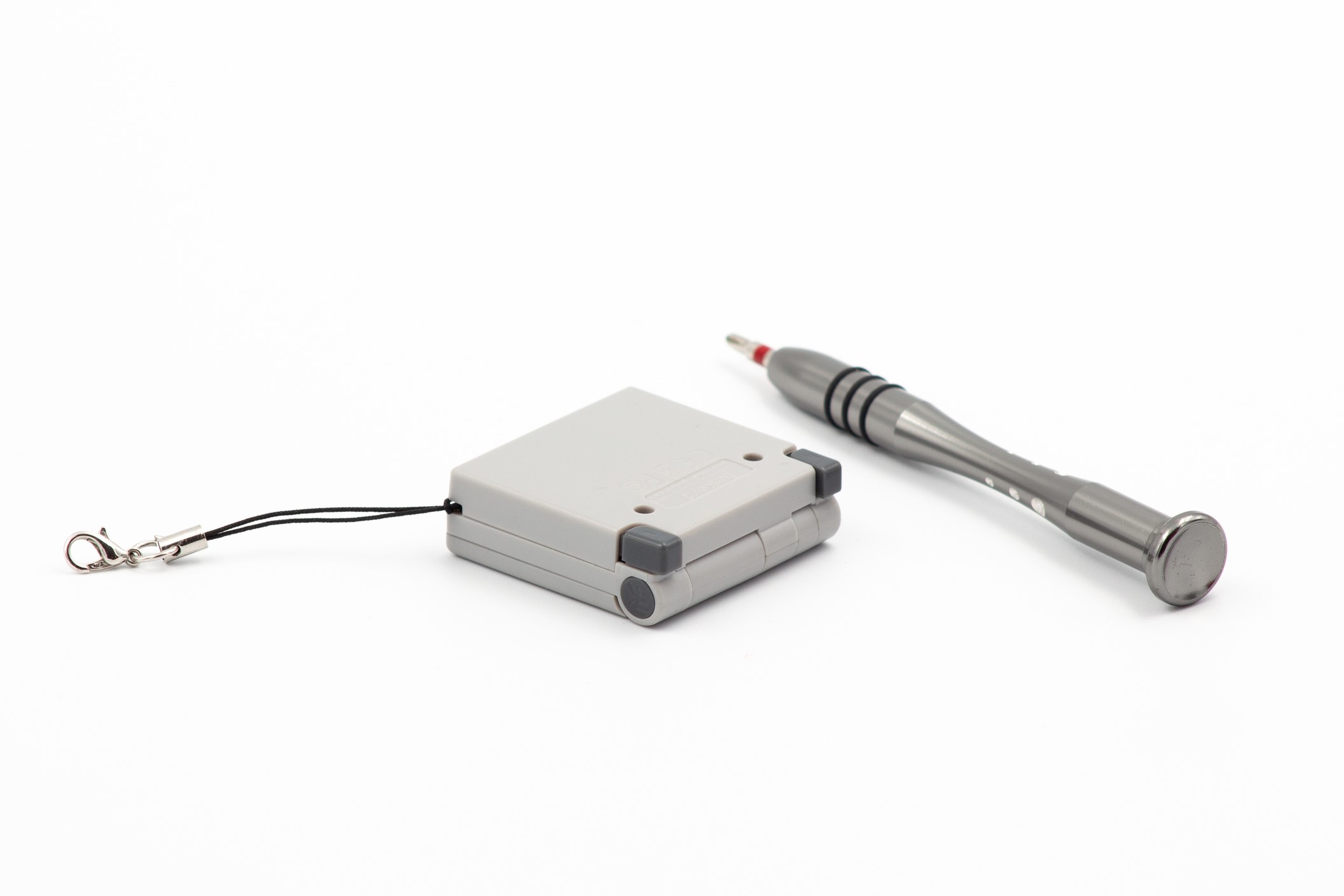 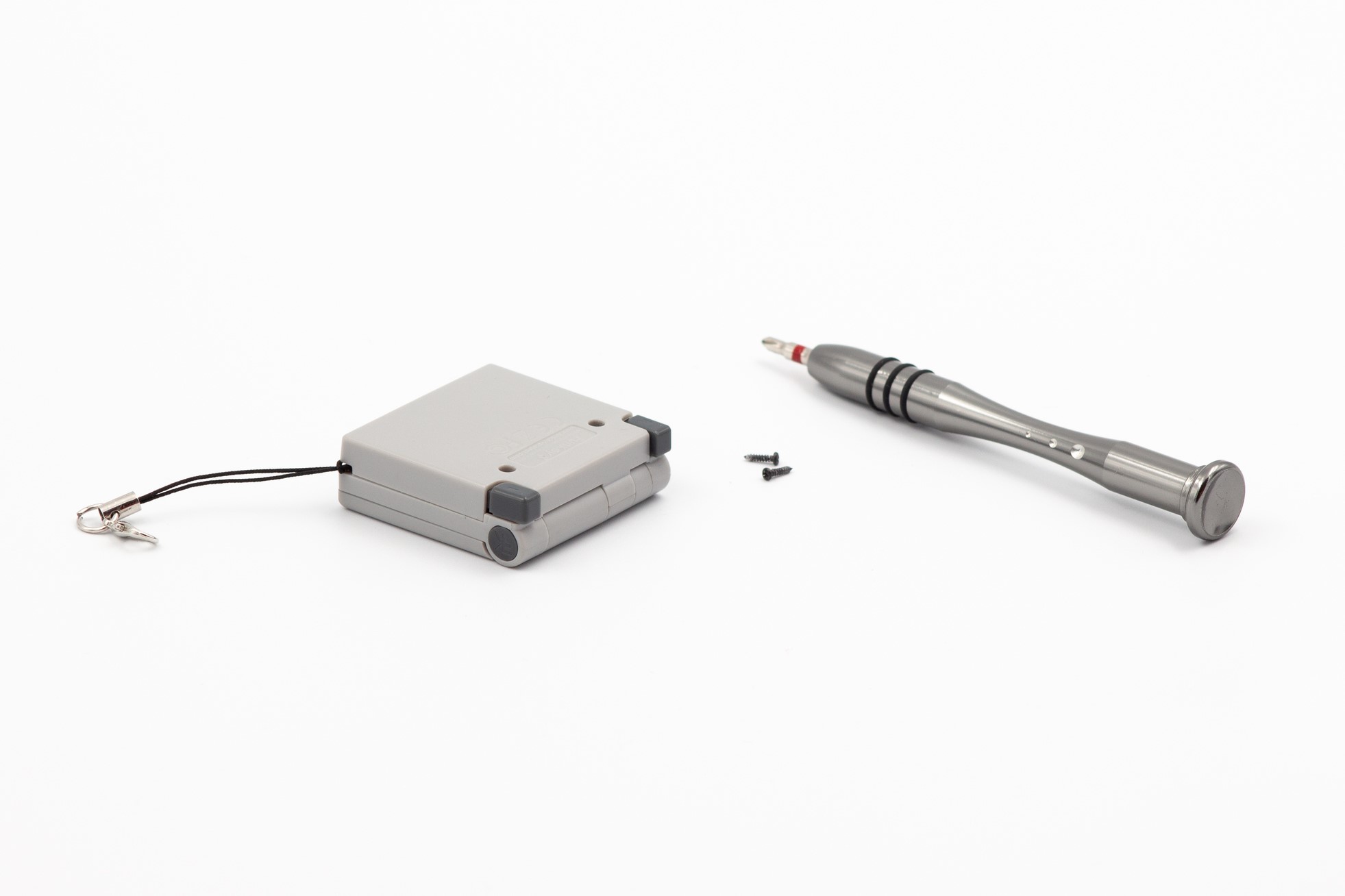 Using a standard Phillips PH0 screwdriver, remove the 2 screws on the back of your FunKey S.

Be careful to use the correct screwdriver head size and type to prevent damaging the screws (do not use JIS screwdrivers). FunKey Project is not responsible for replacing damaged screws.

STEP 2 - Opening up the console¶ 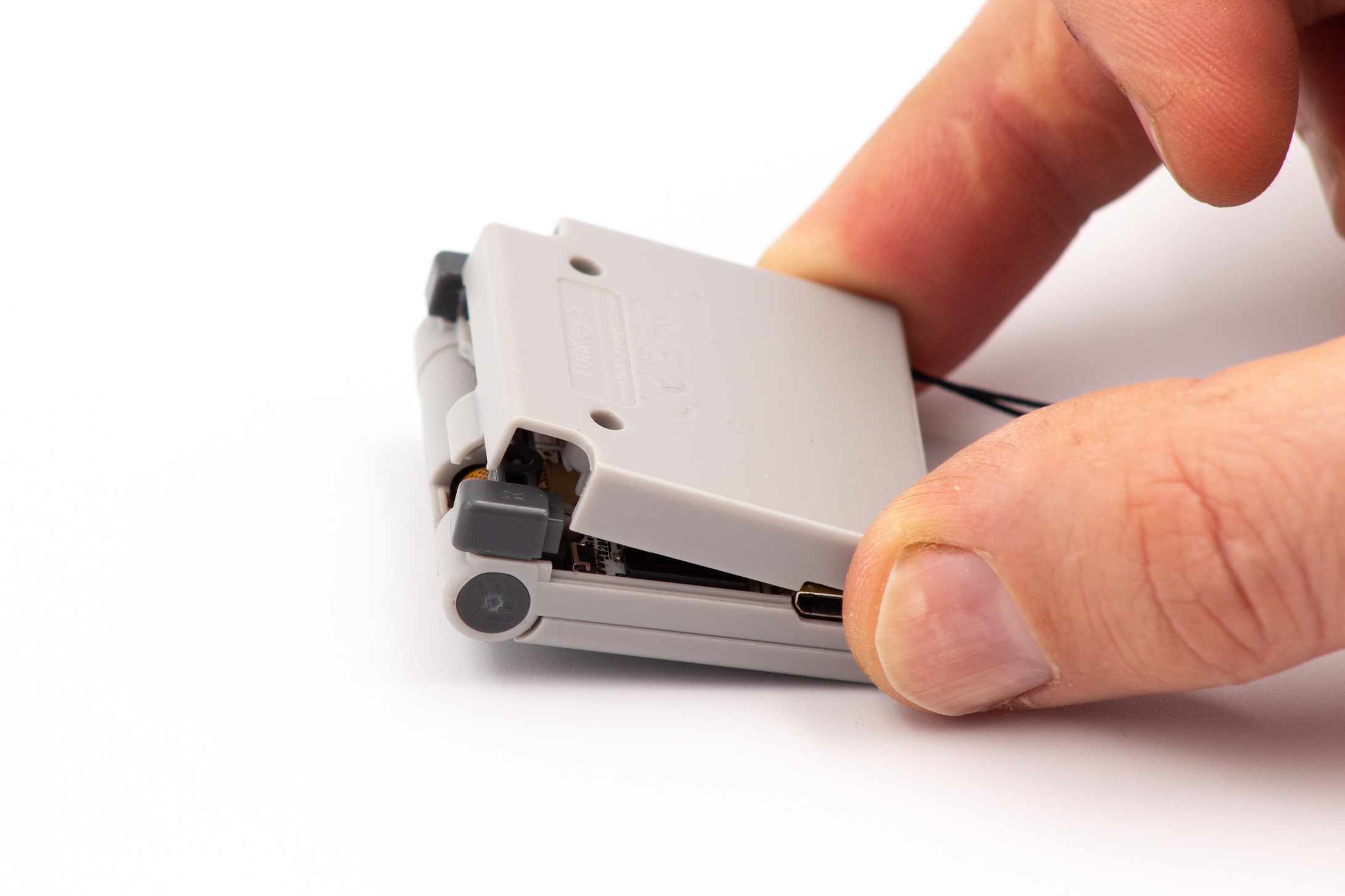 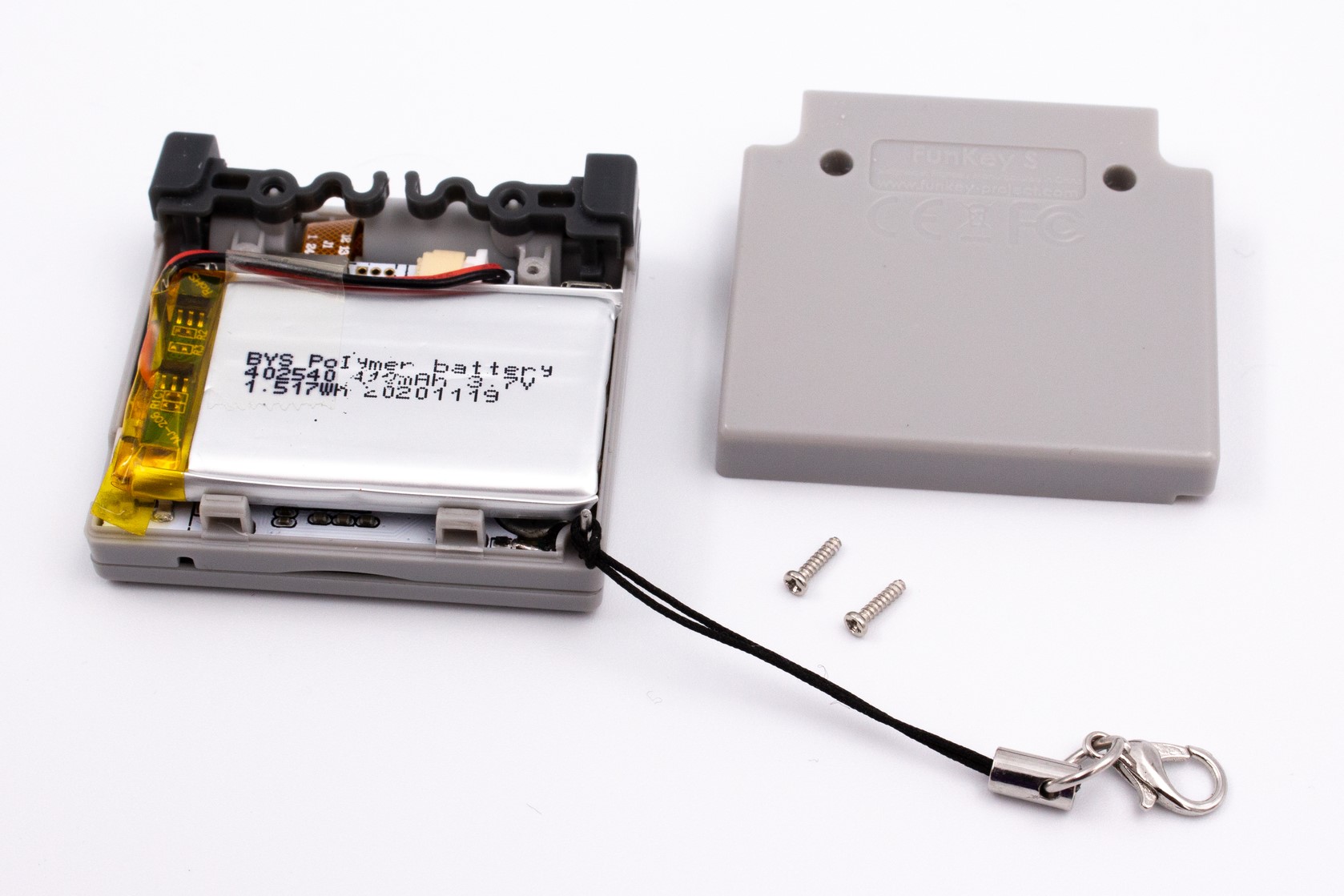 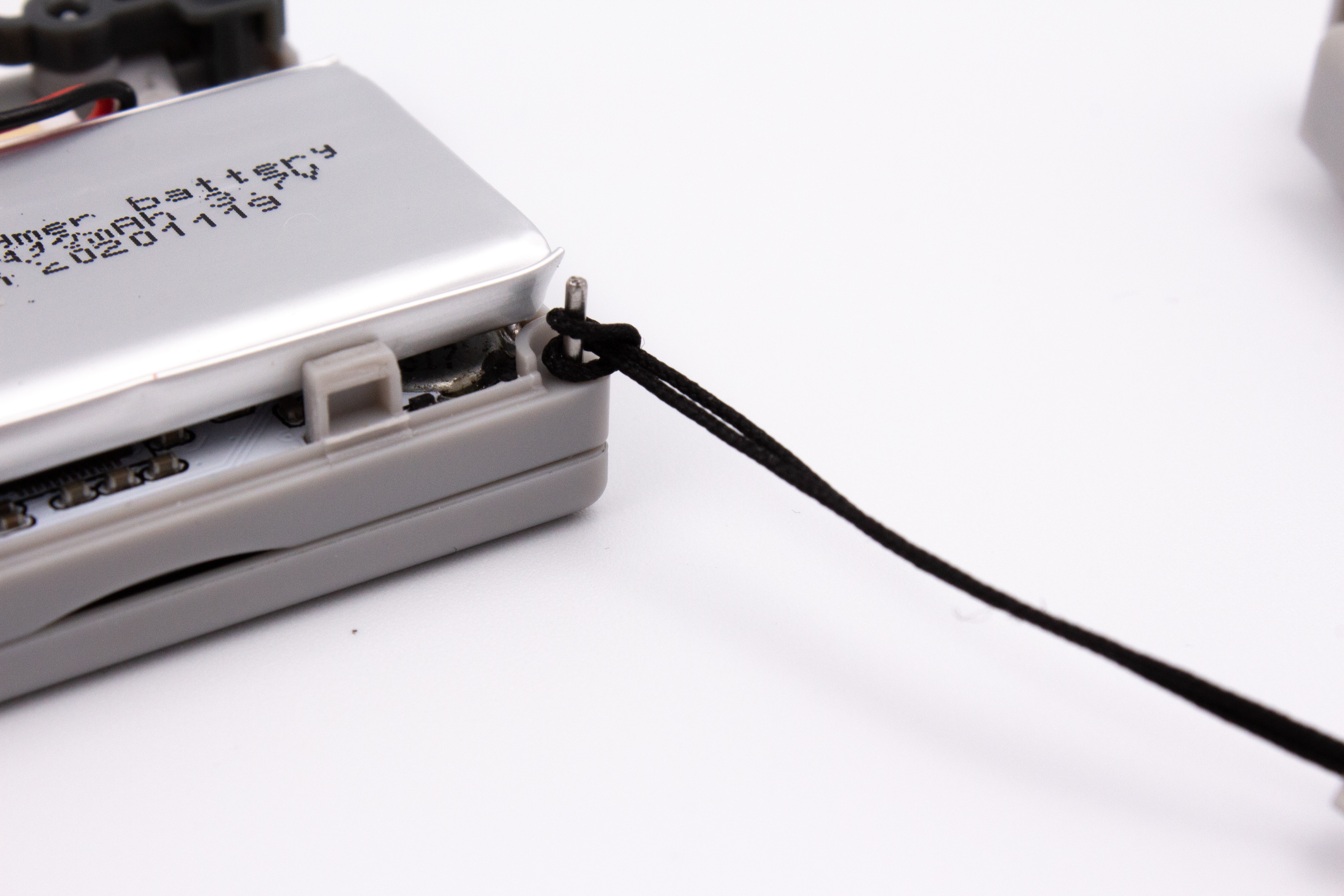 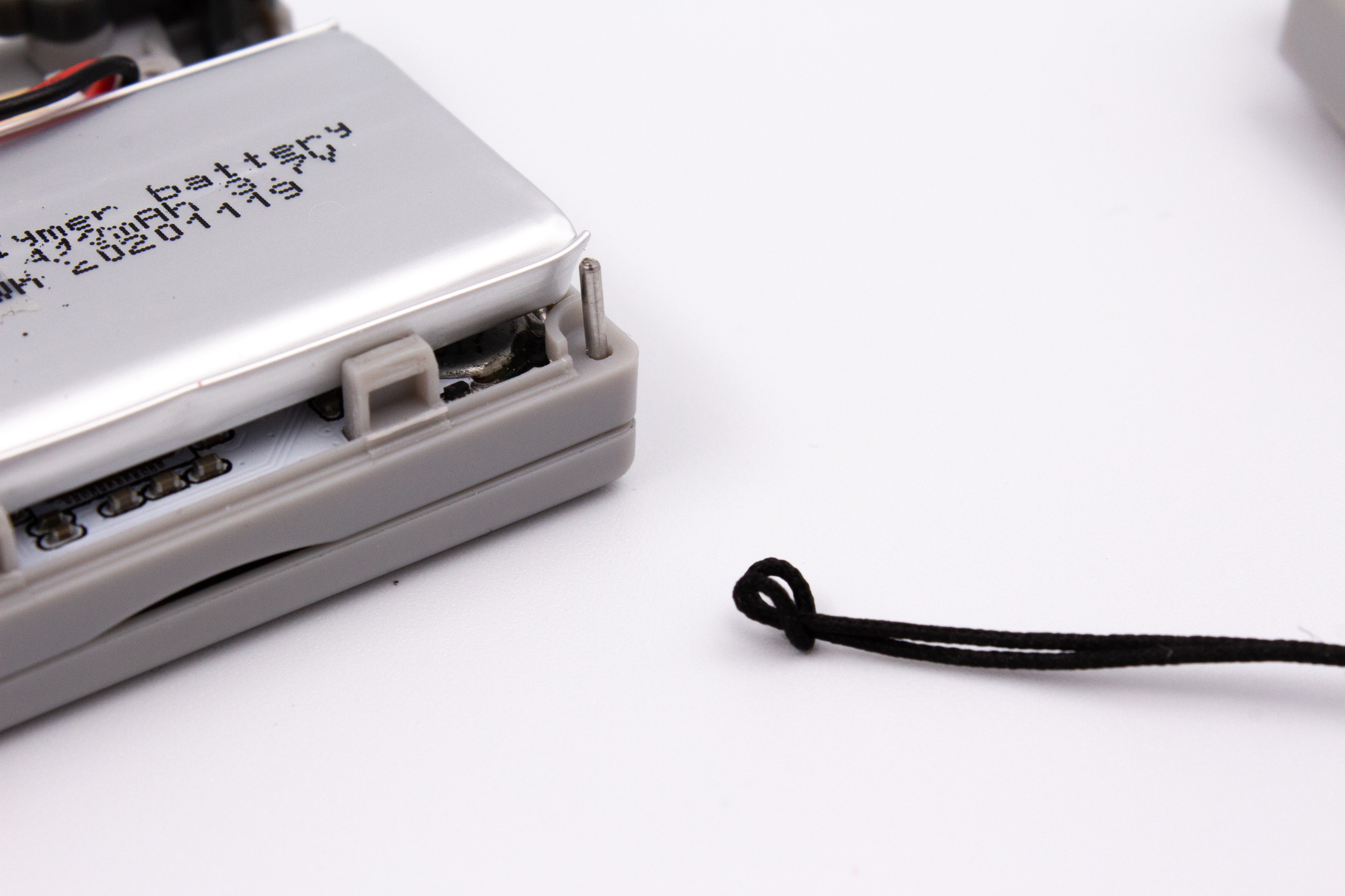 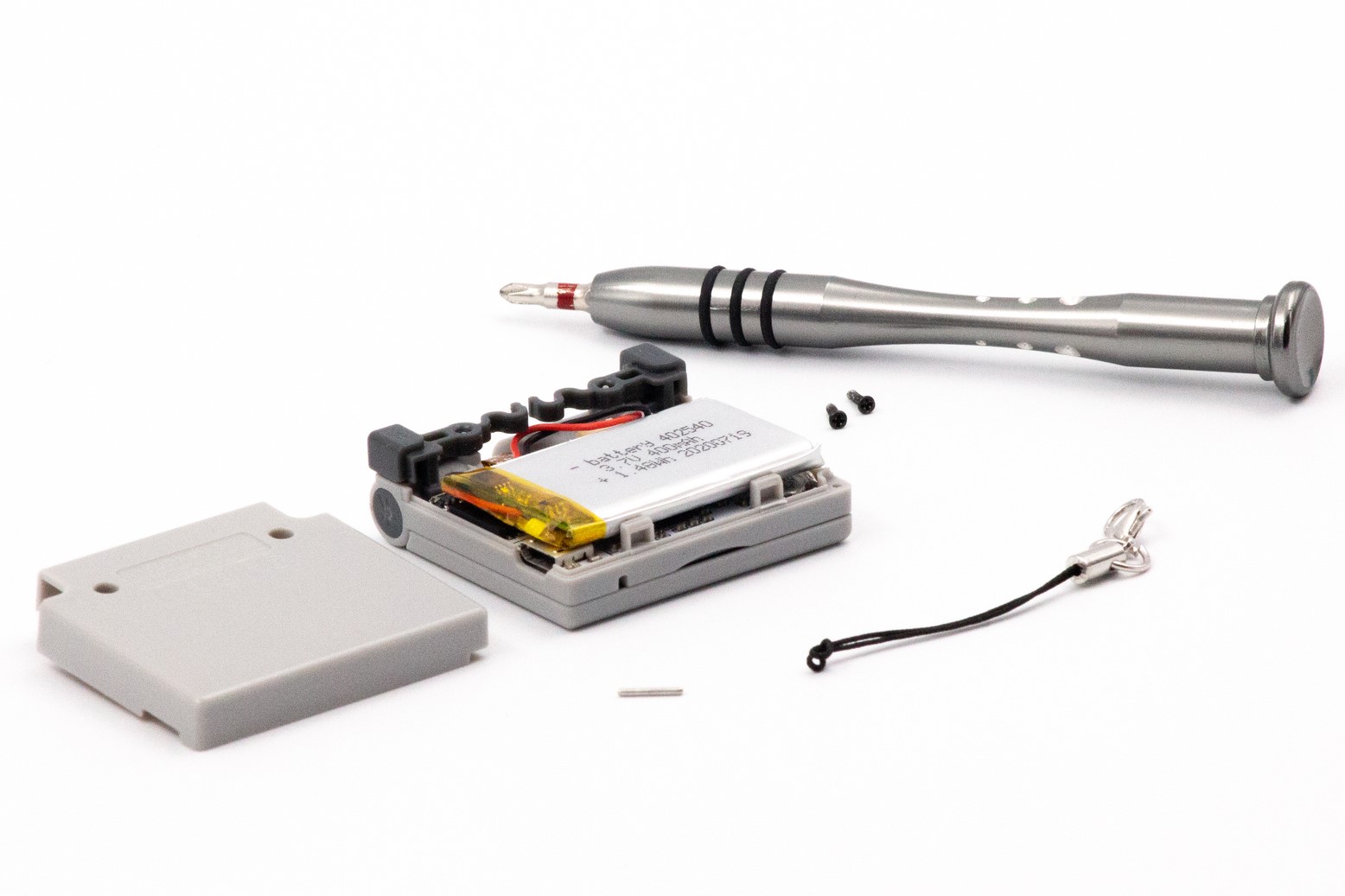 Carefully remove the keychain lanyard and its axis by pulling gently (it may fall off when opening).

The axis is a small part, be careful not to loose it. 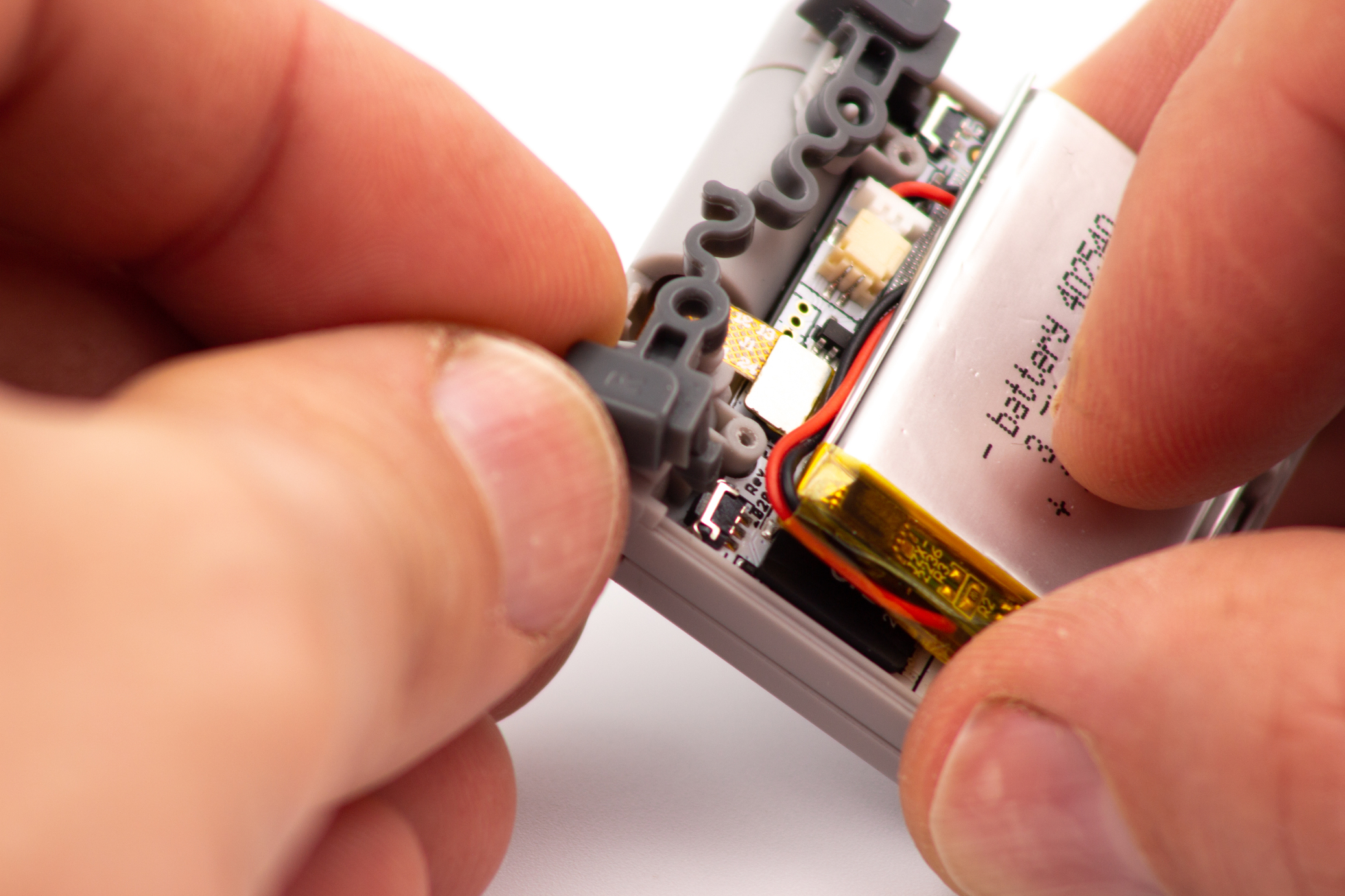 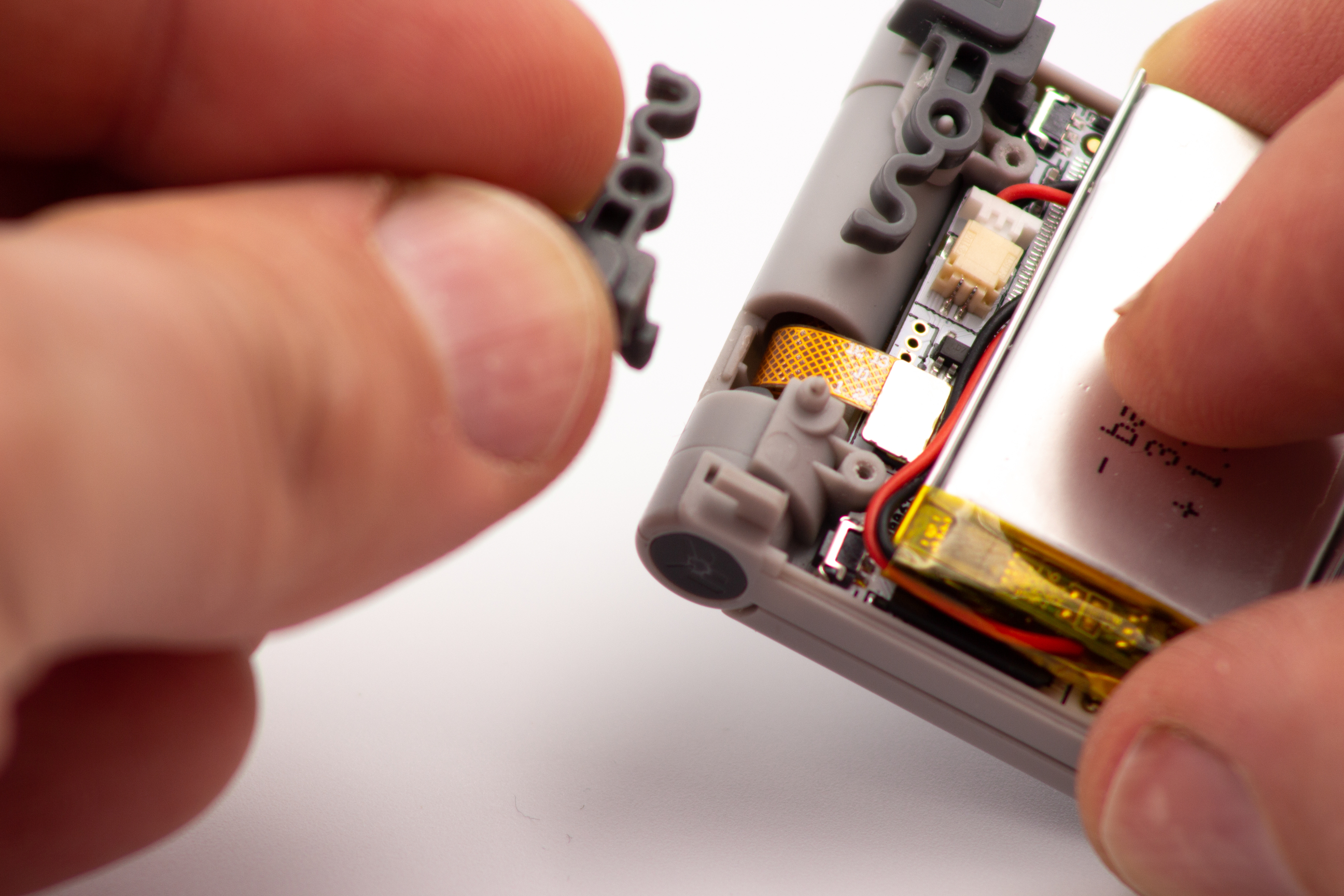 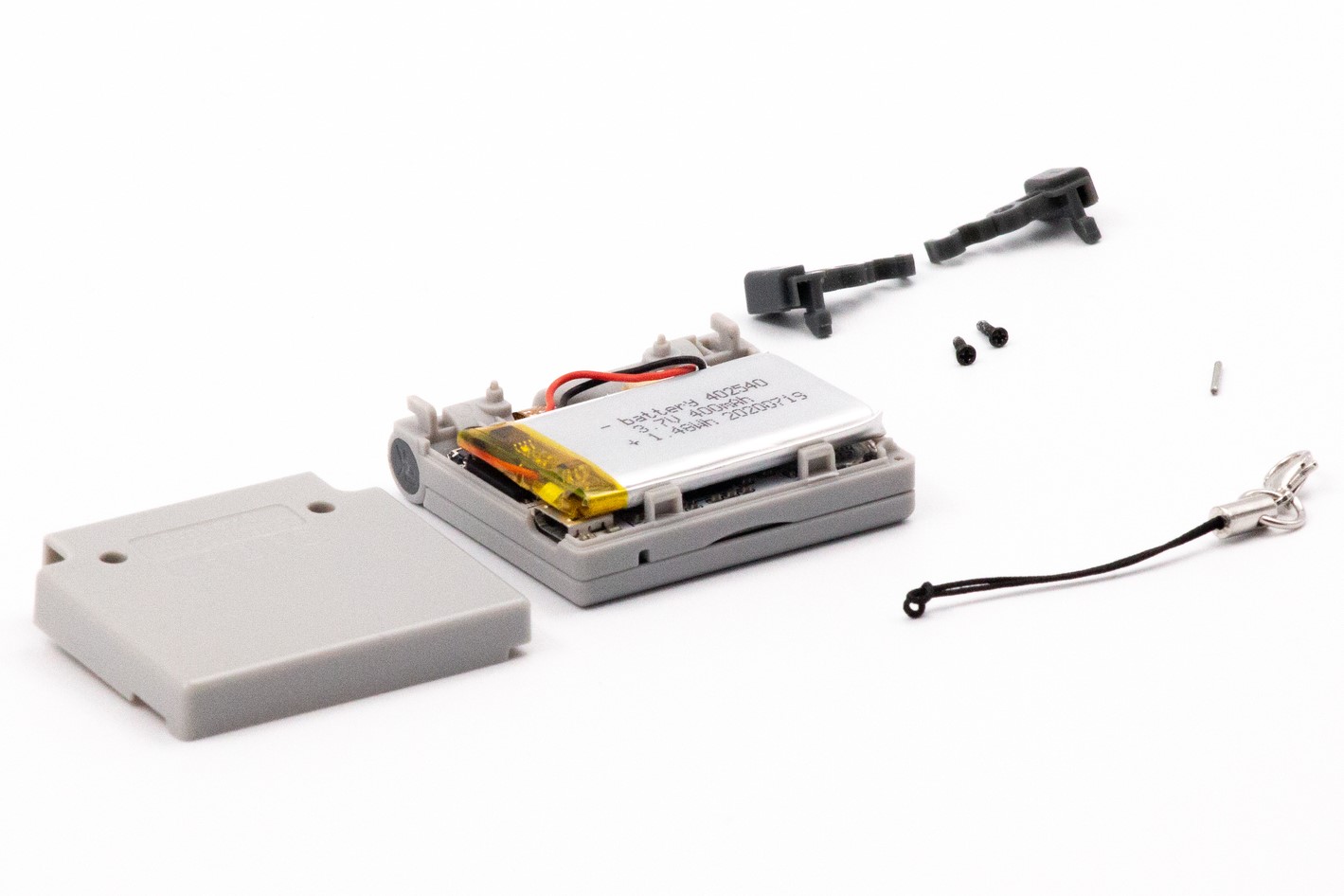 Carefully remove the L/R plastic buttons by gently pulling them out of their axis.

Be careful not to damage the L/R switches on the circuit board! 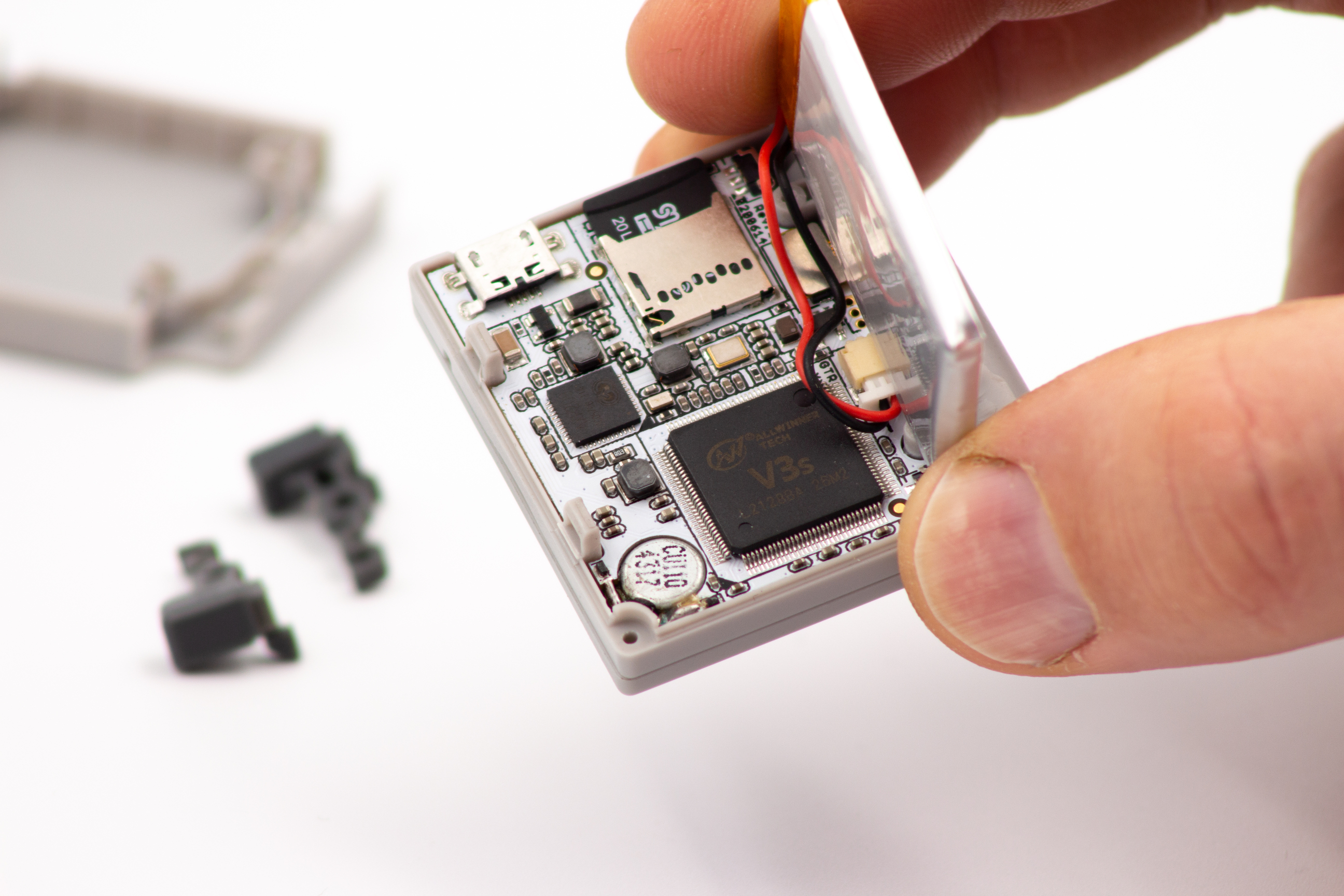 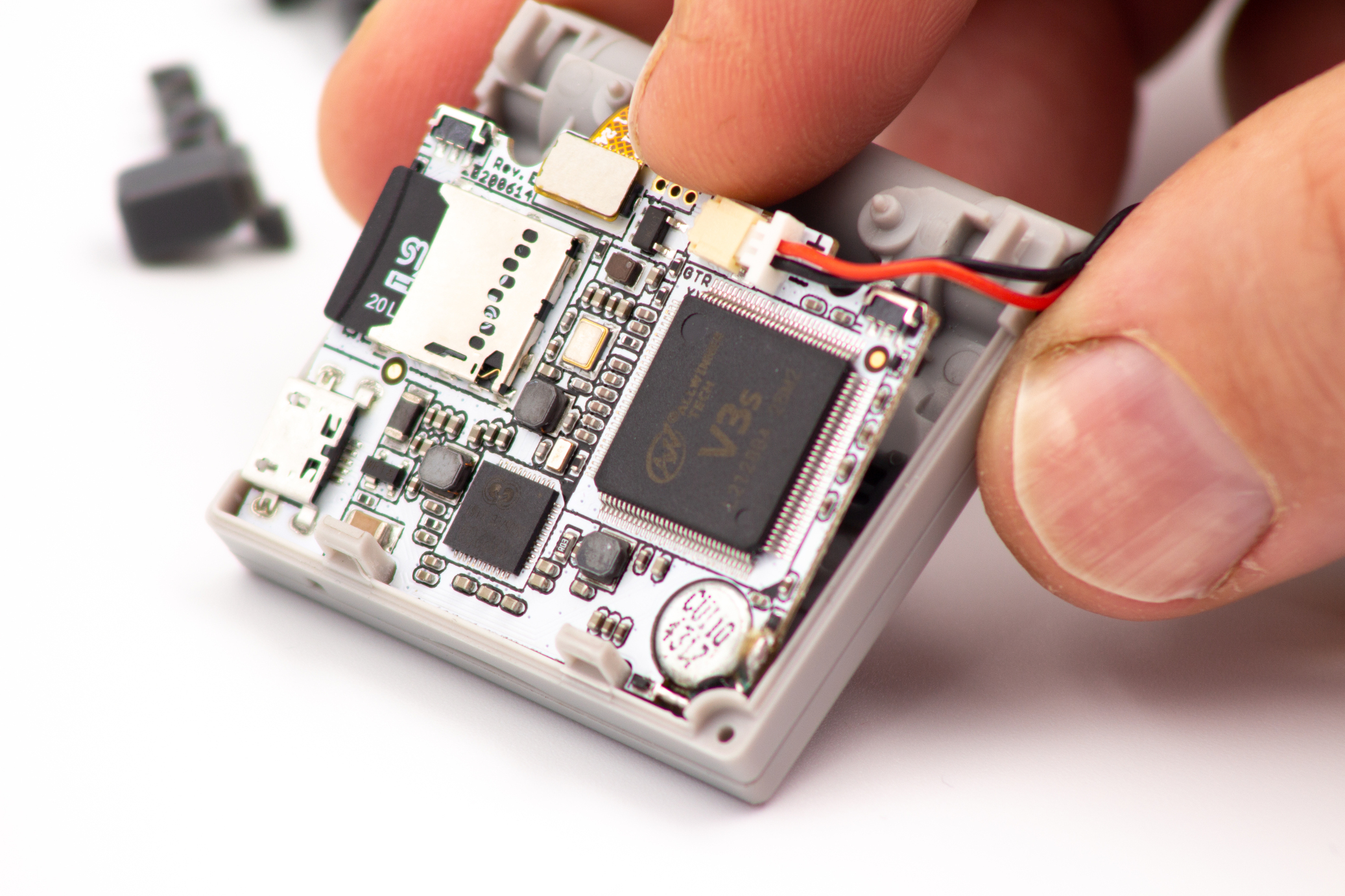 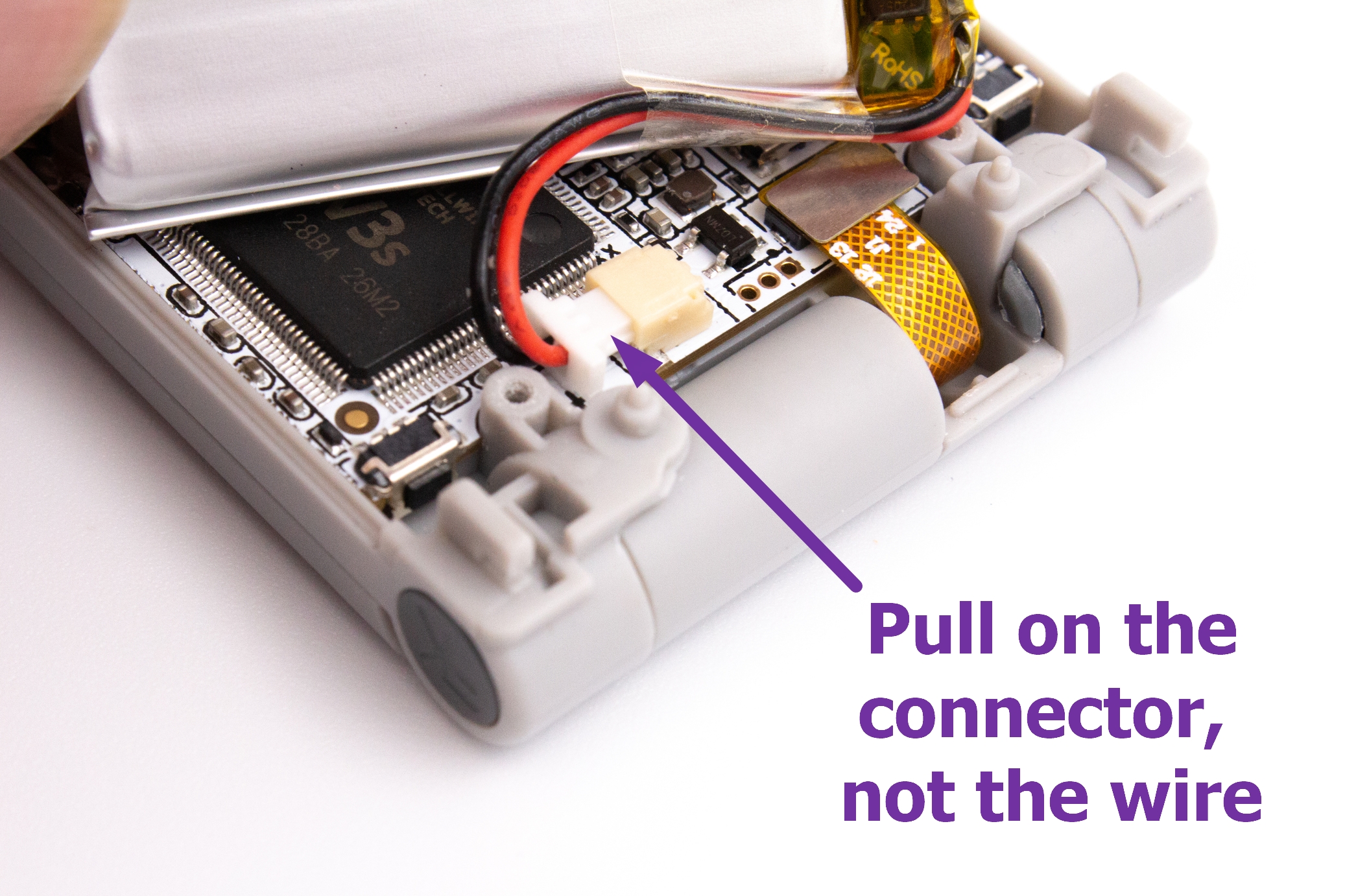 Lift the battery and pull gently by the top of the circuit board to unplug the battery. The battery may be stuck to the processor with double-sided adhesive, it's perfectly normal if you have to lift with a bit of force to unstick it.

Be sure to pull on the connector and NOT the wires when removing the battery. It is recommended to use tweezers. 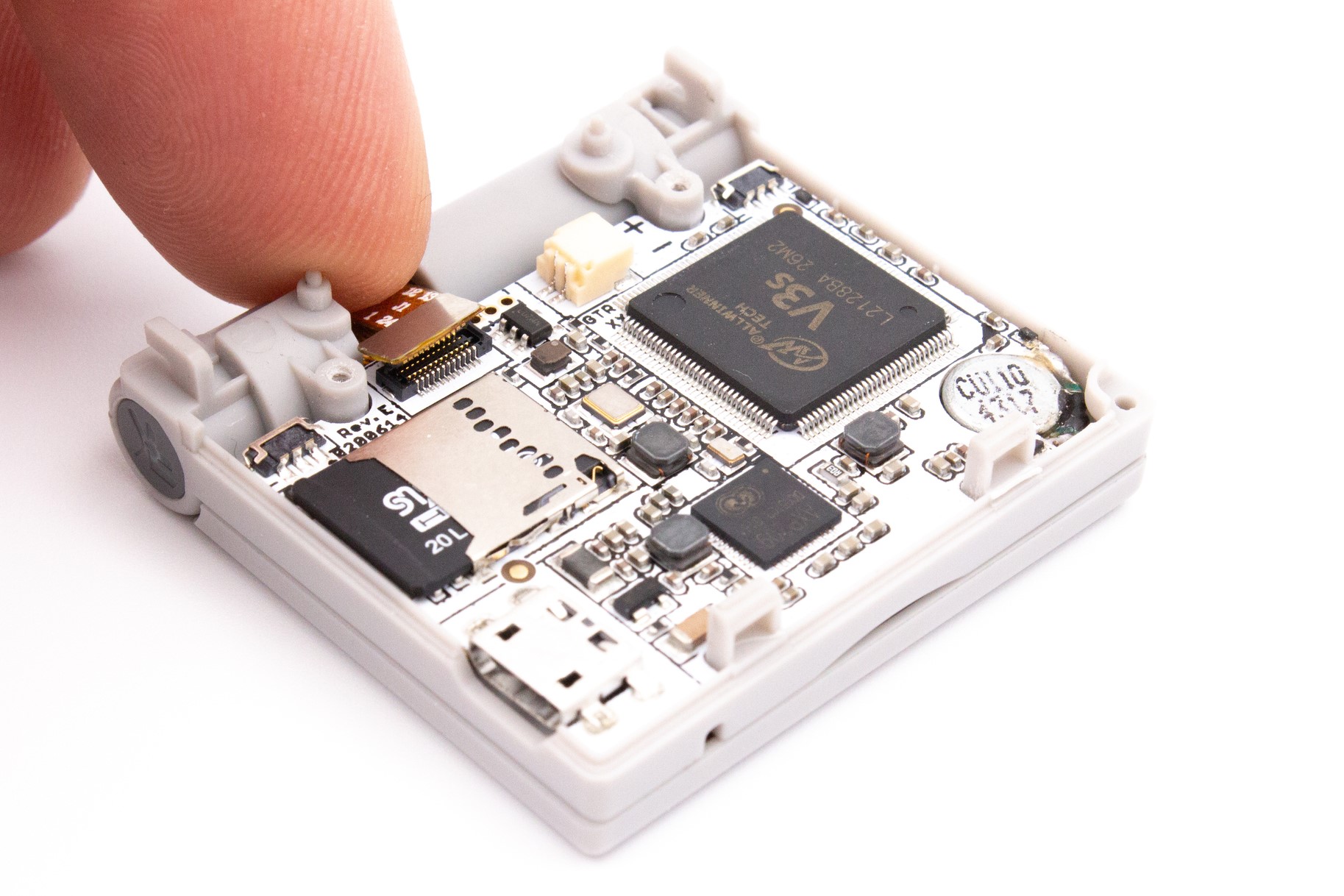 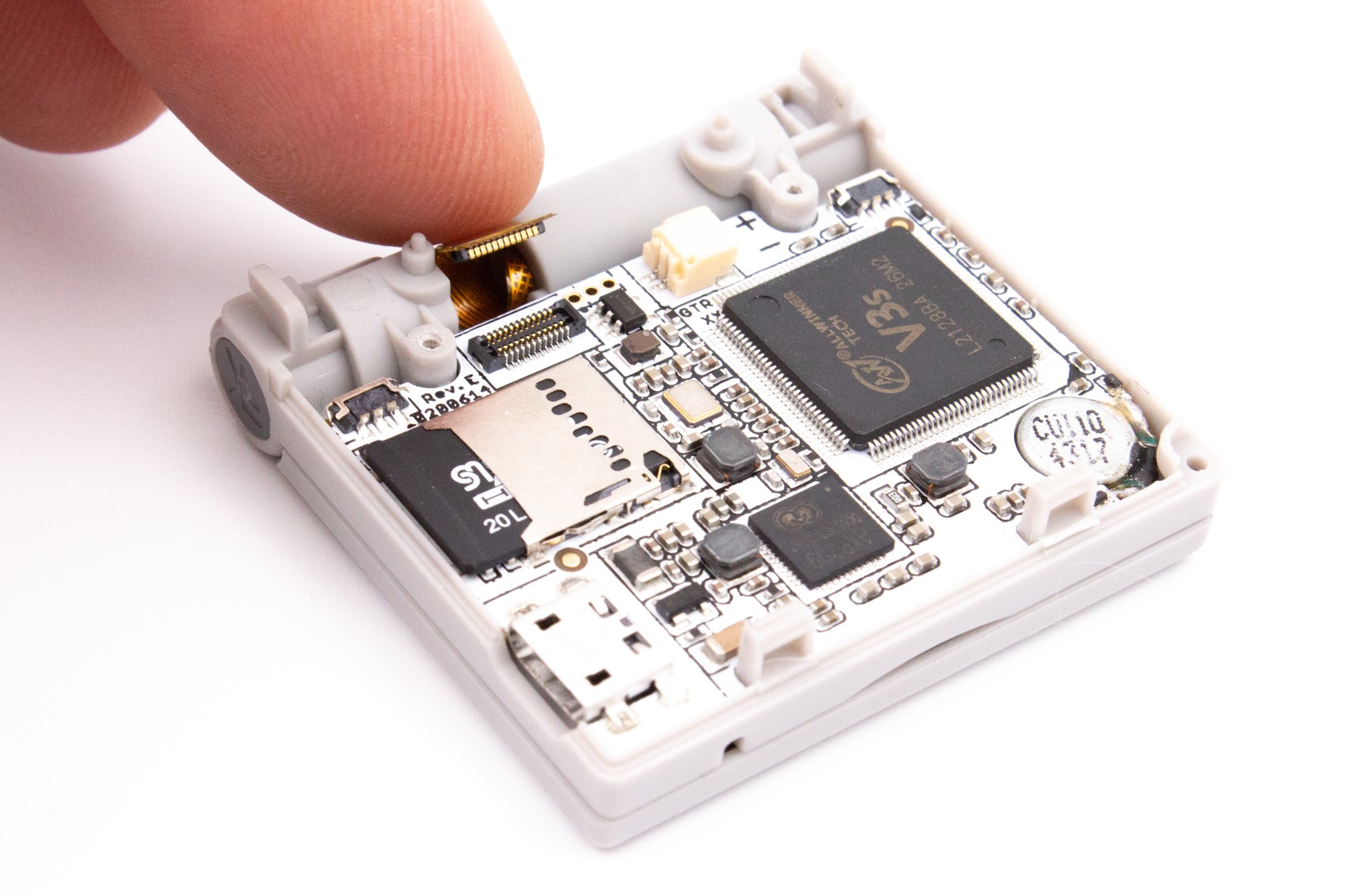 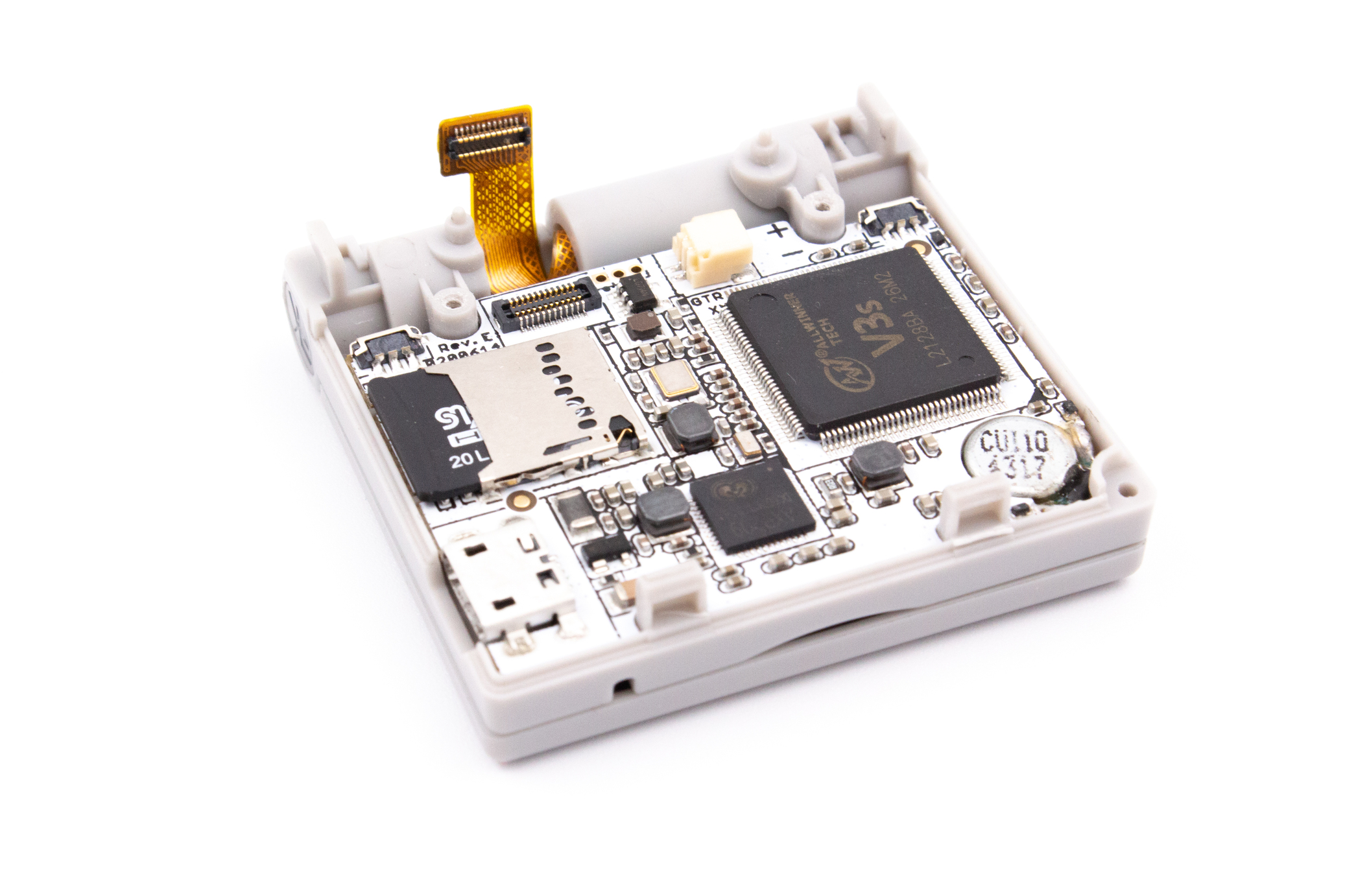 Now that you have access to the circuit board, you can unplug the screen.

This connector is fragile, unplug it vertically without force. It is recommended to use tweezers. 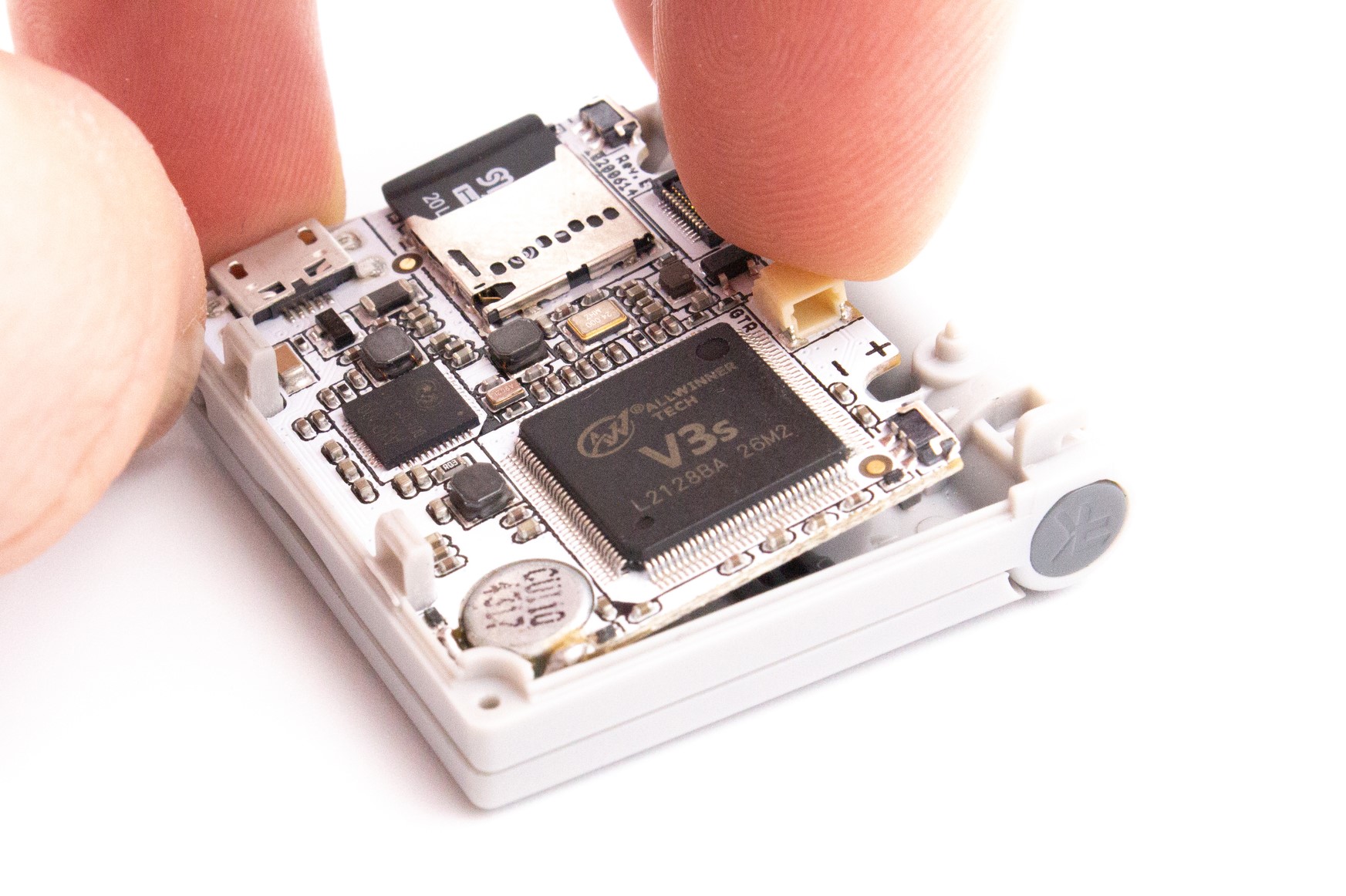 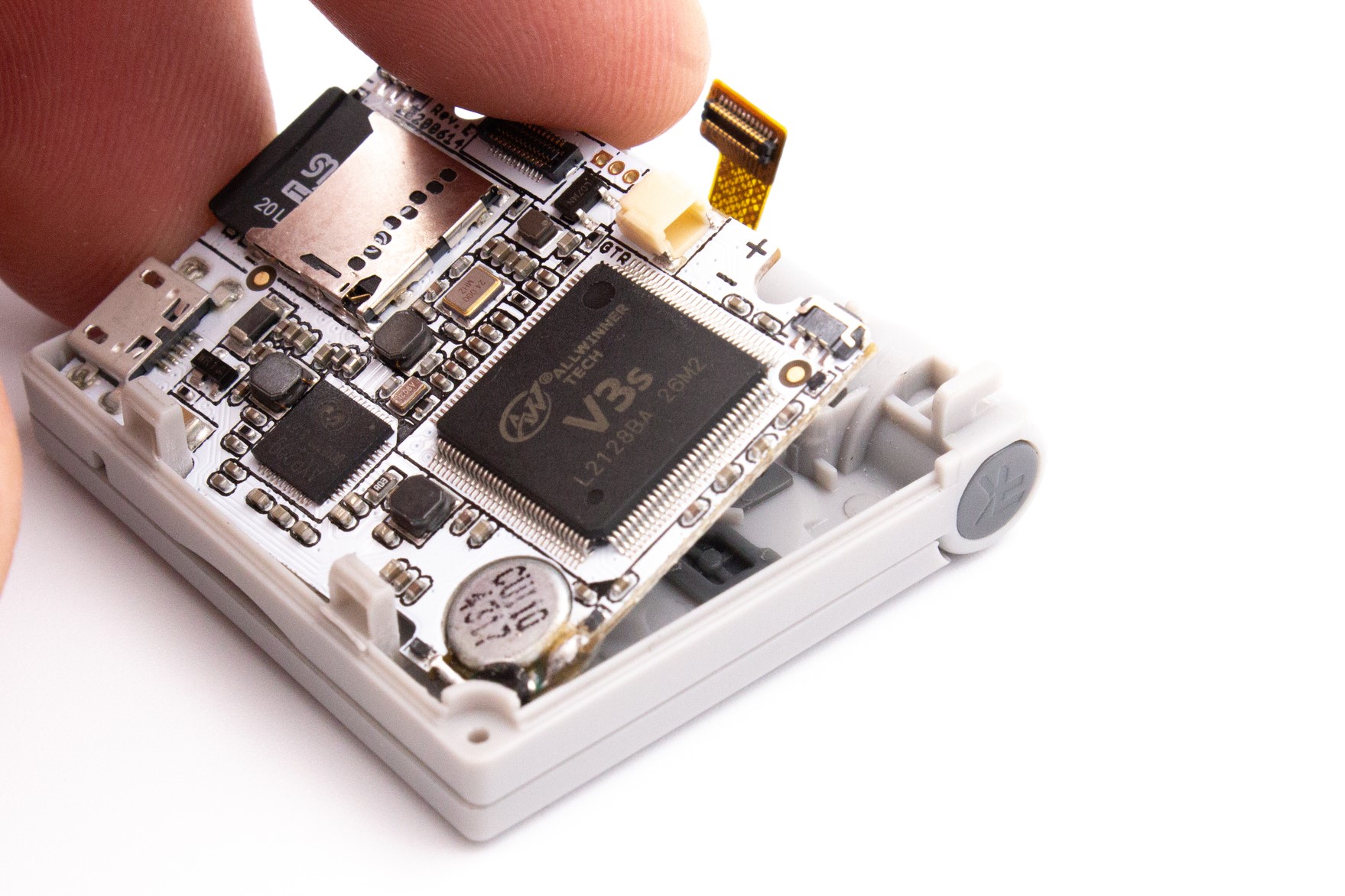 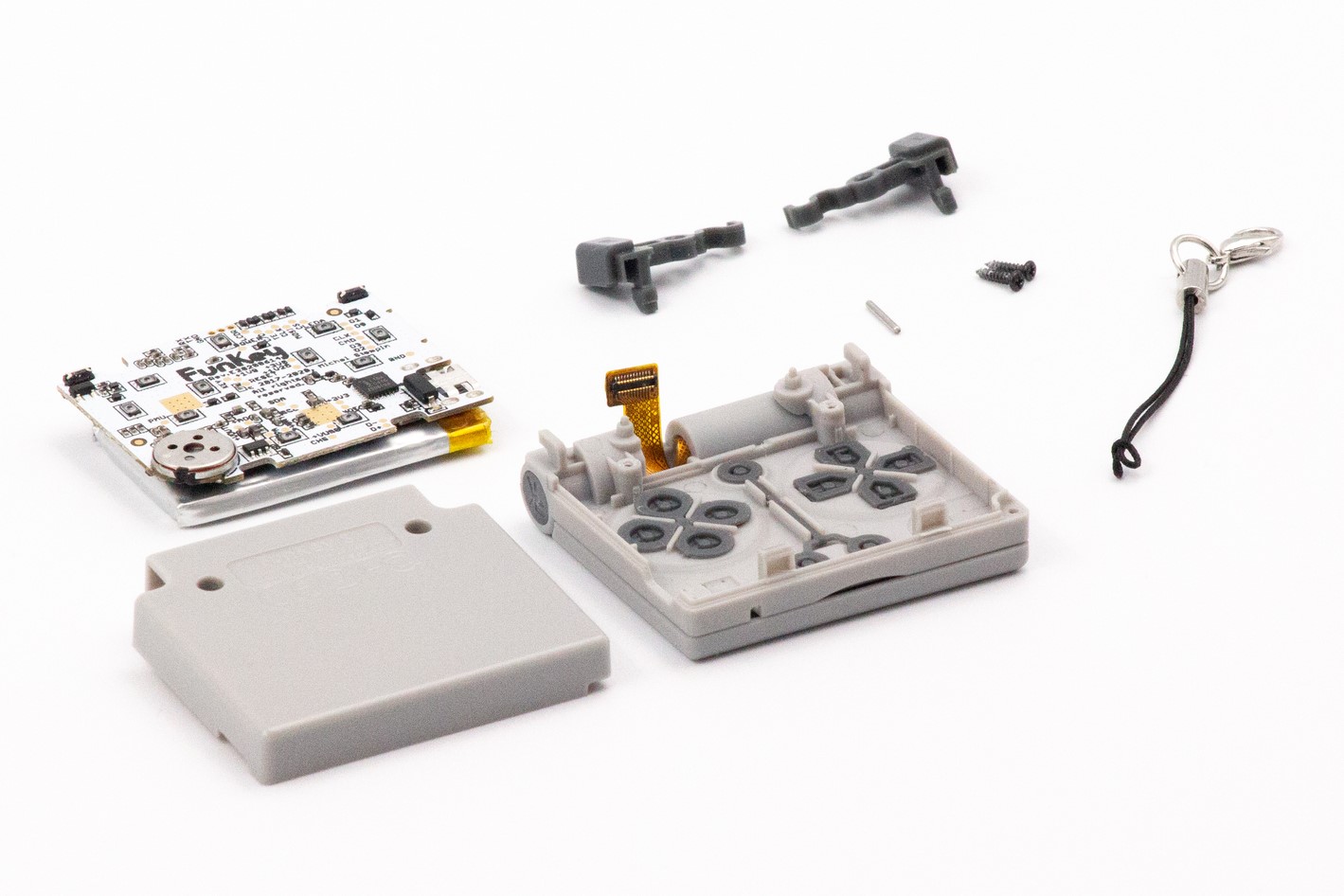 By grabbing it by the hinge side, gently pull up the circuit board from the plastic casing. 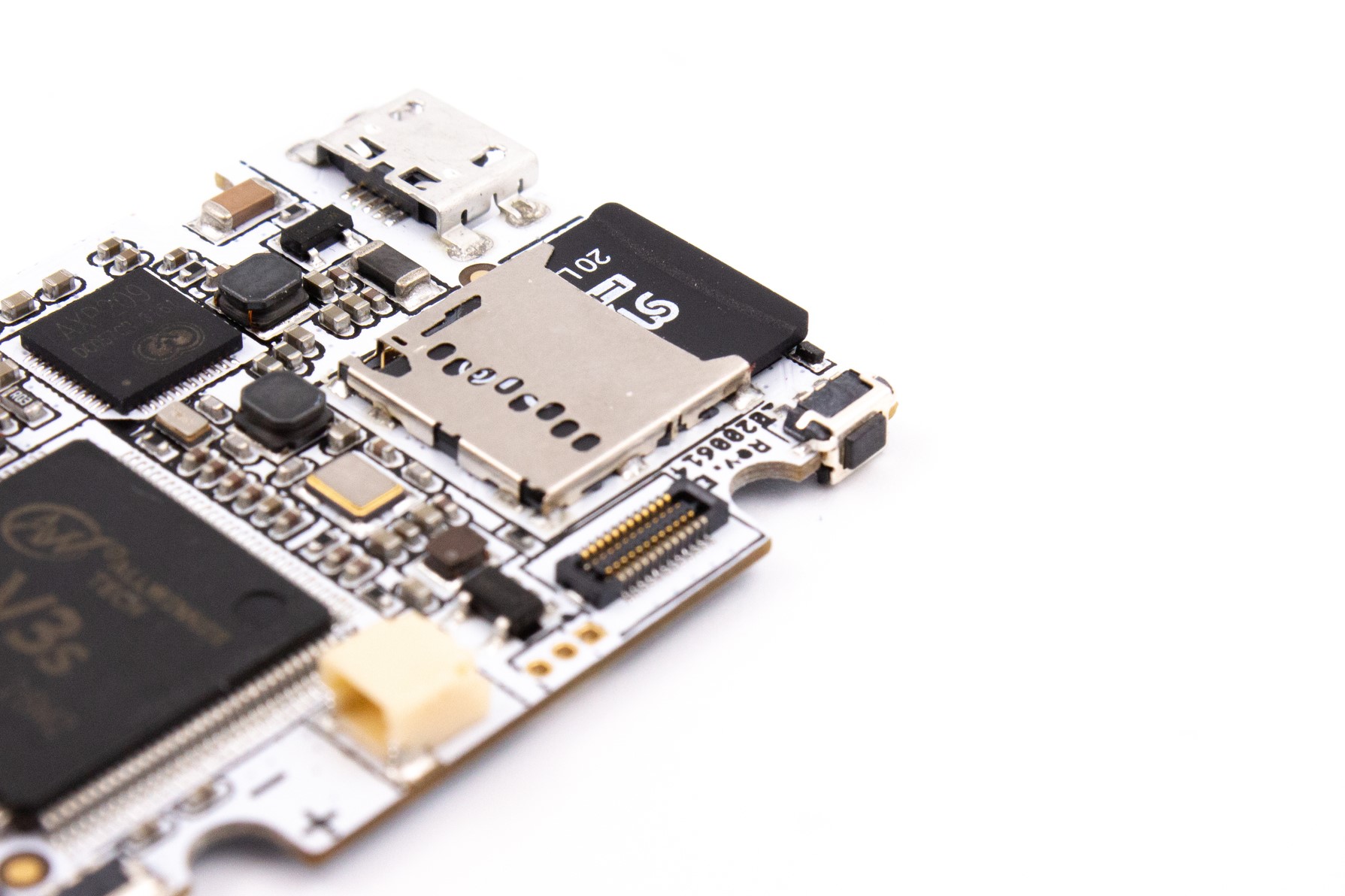 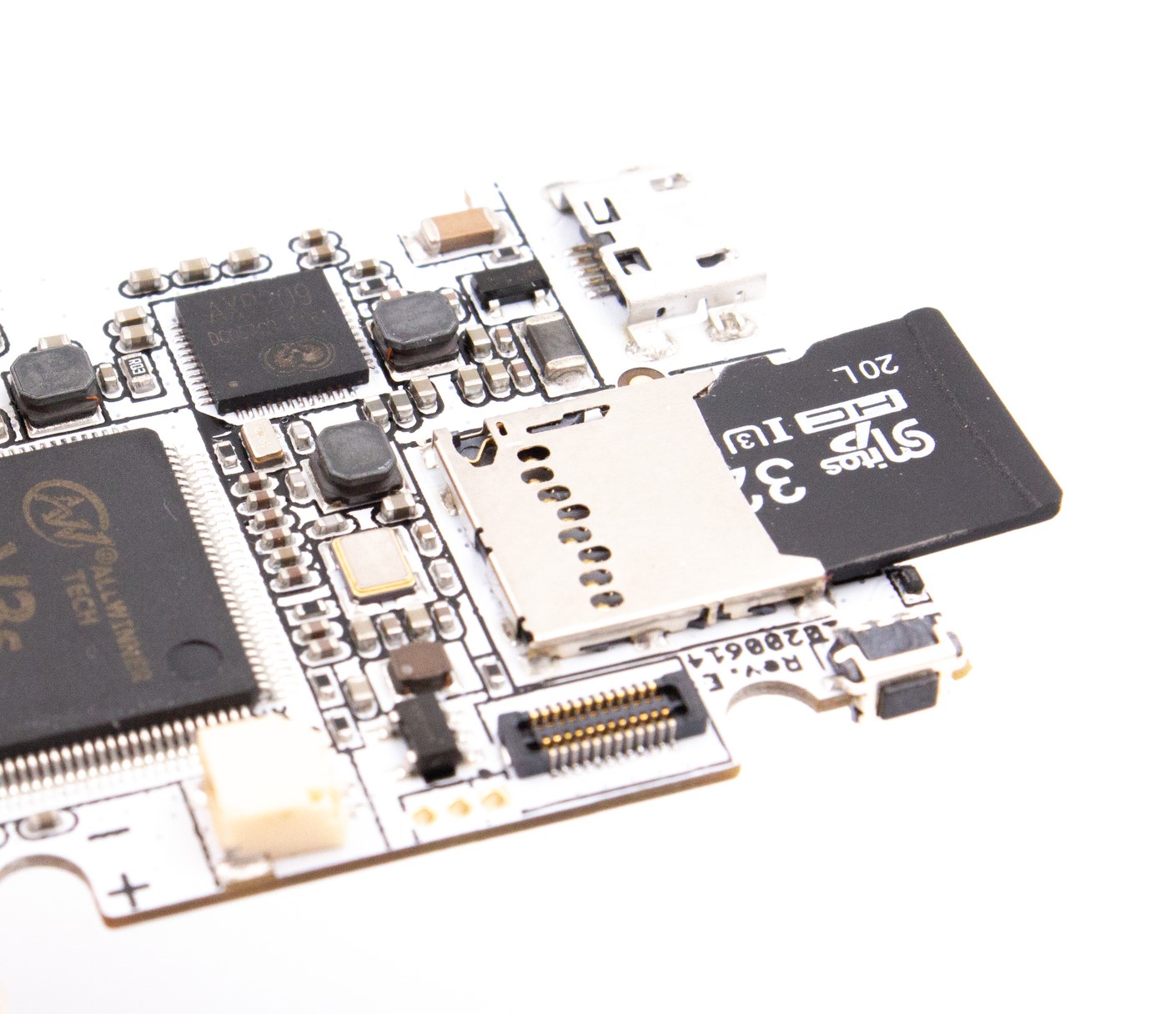 Remove the micro-SD card from its socket.

You may need to use some tweezers and pull with some strength in order to remove the micro-SD card from its socket, as it is strongly inserted to prevent loose connections.

During this step be very careful not to damage the L/R switches. Never put the PCB on a flat surface (this would apply force on the LR switches) and do not grab the PCB by these switches. 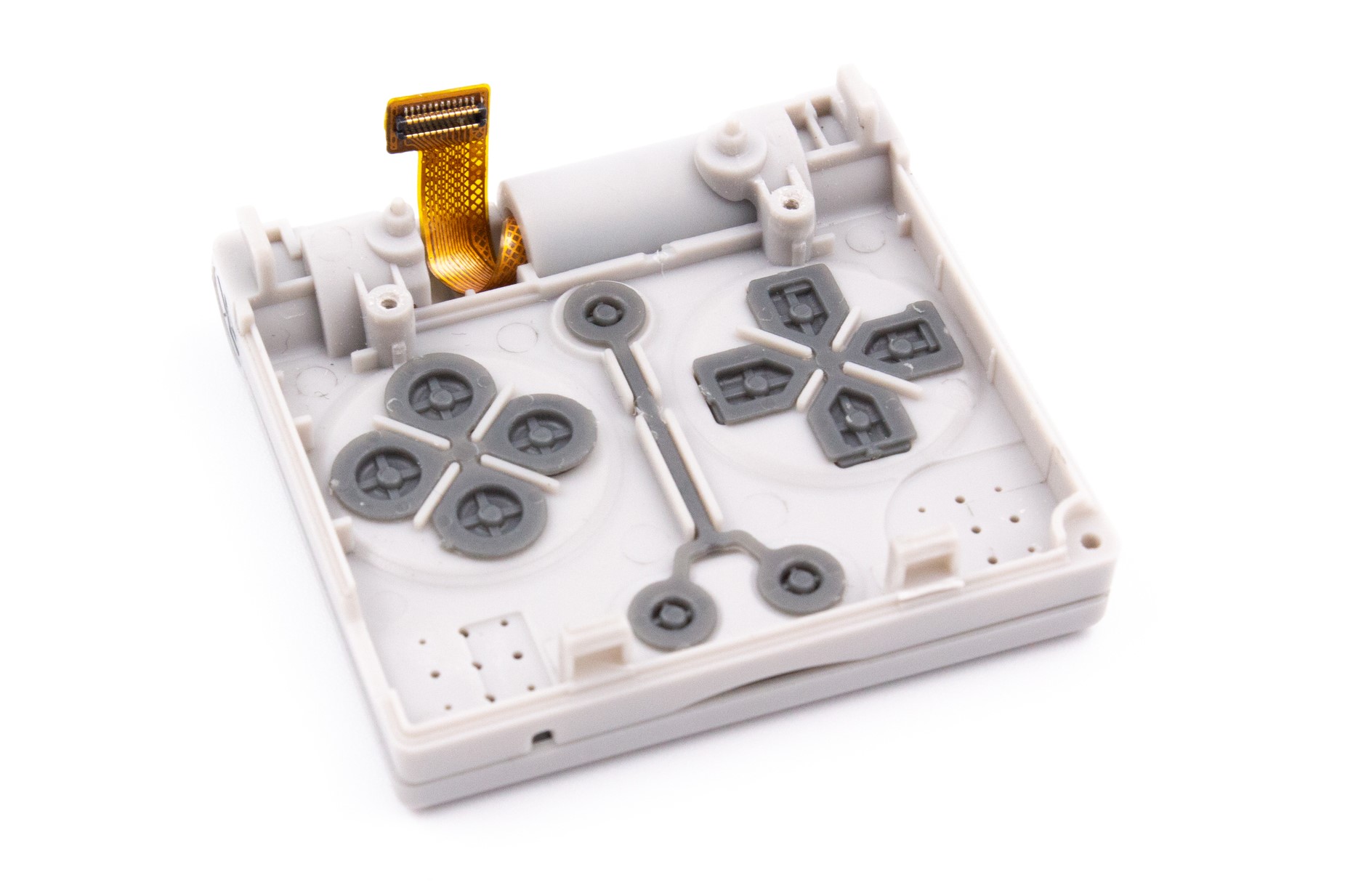 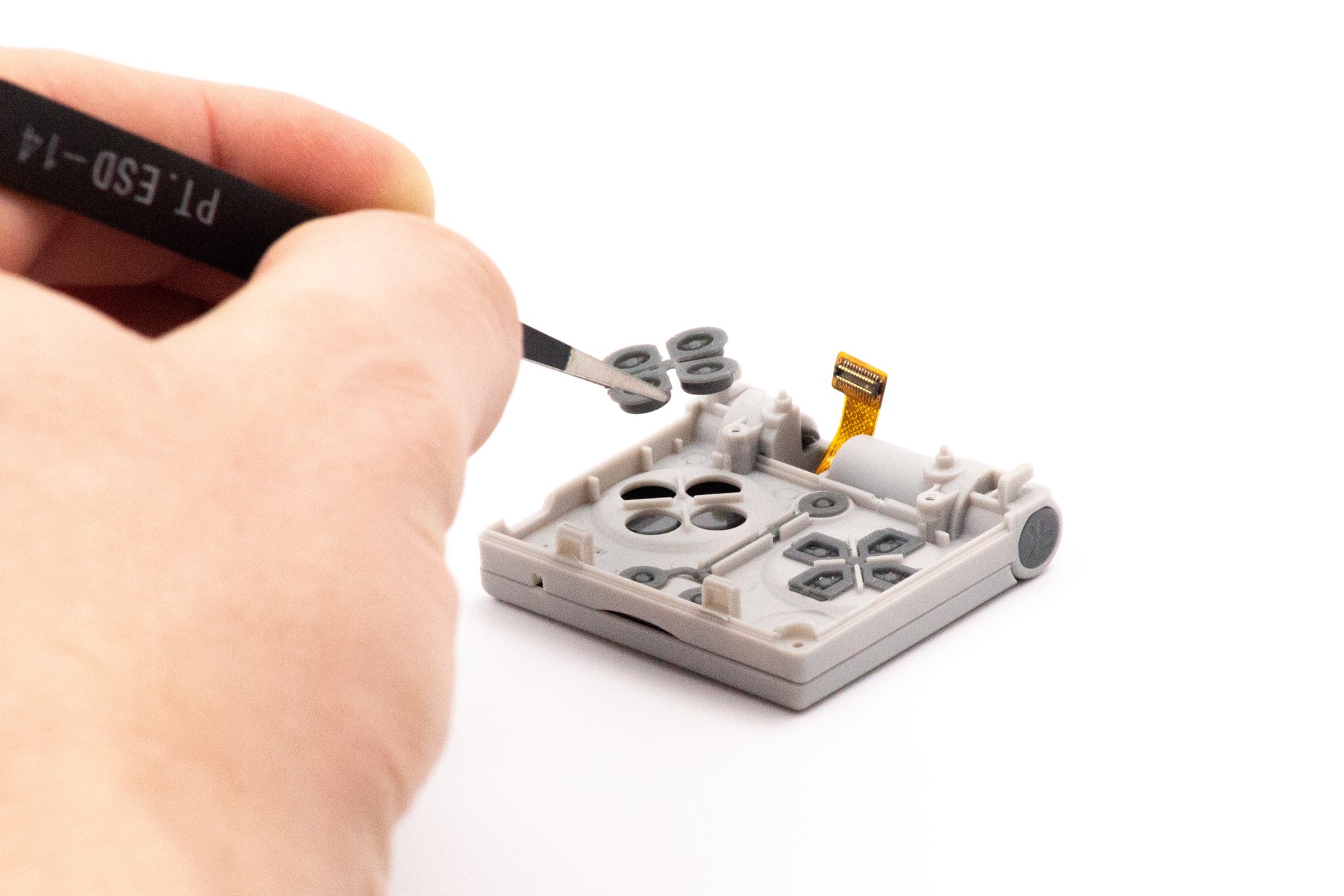 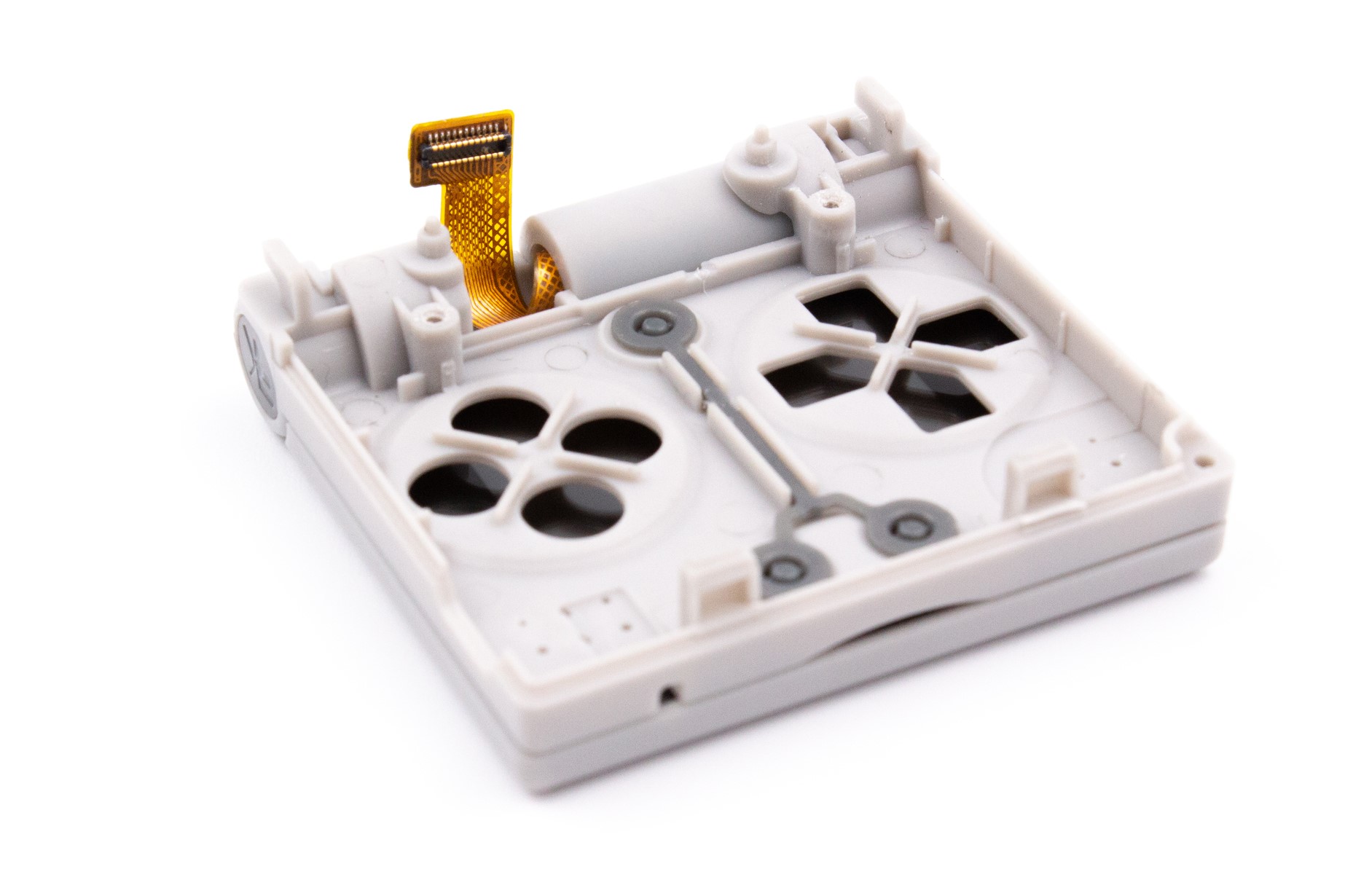 Remove the buttons from their socket. It is recommended to use tweezers. 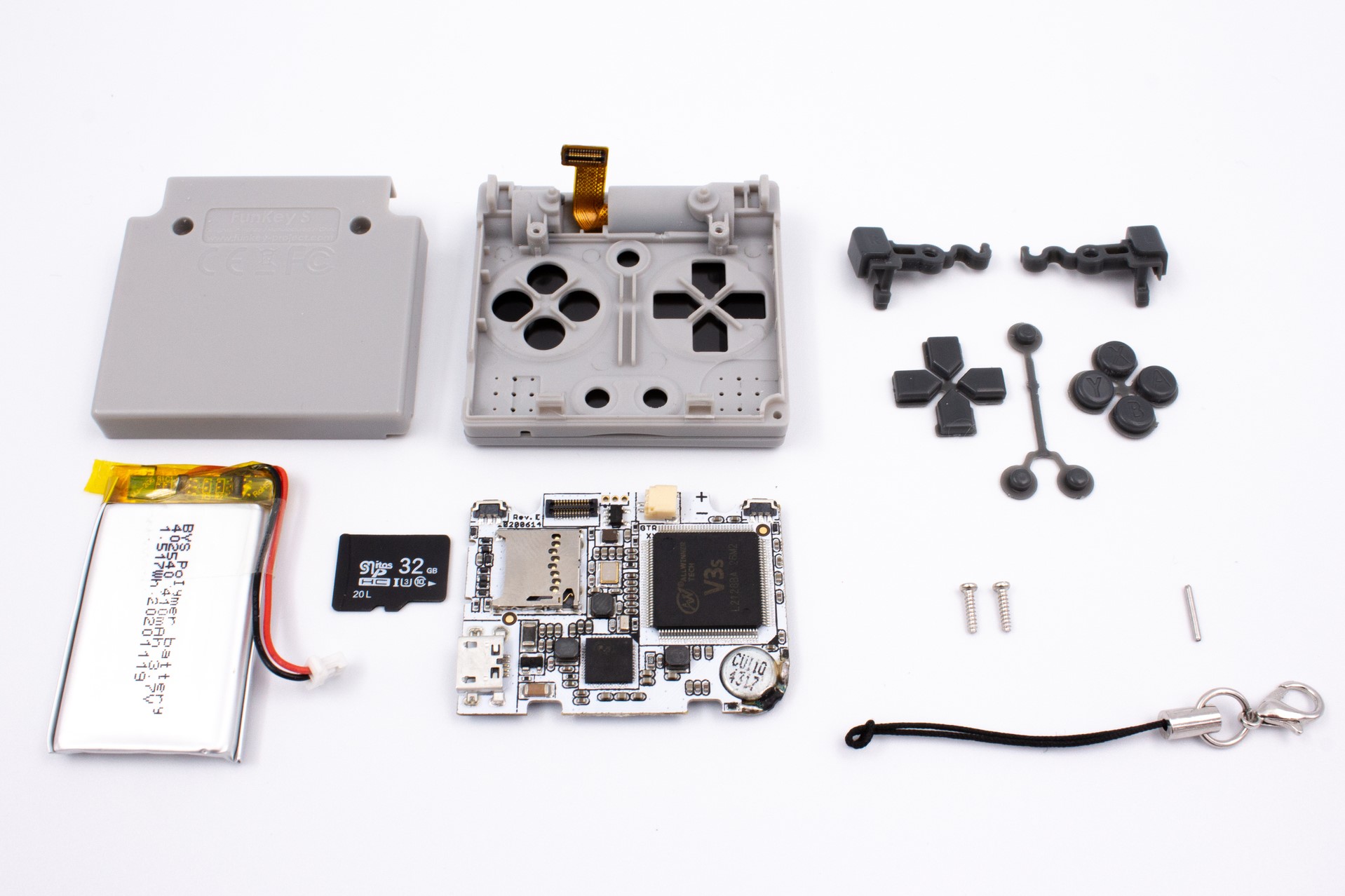 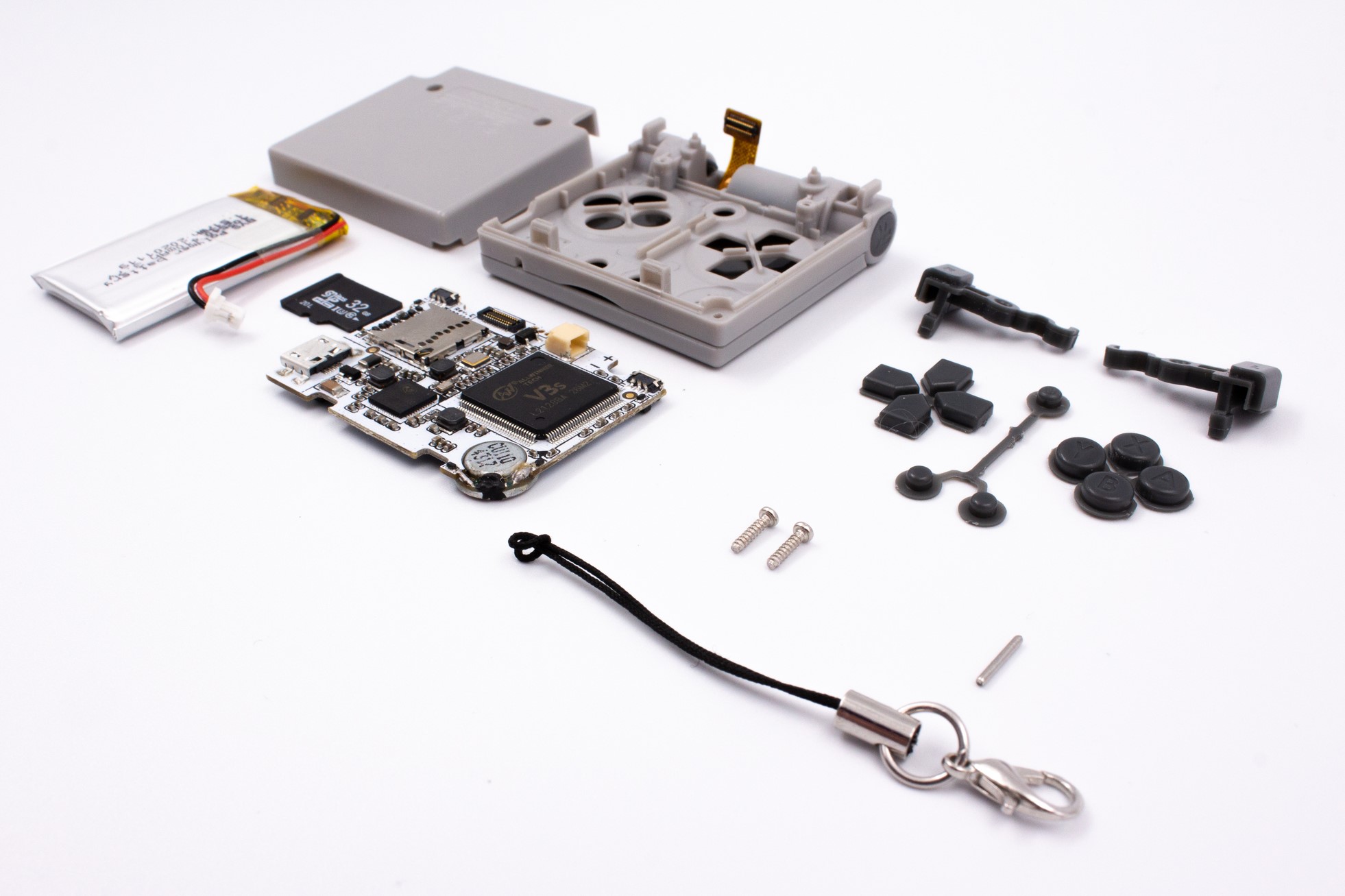 Good job the teardown is complete! 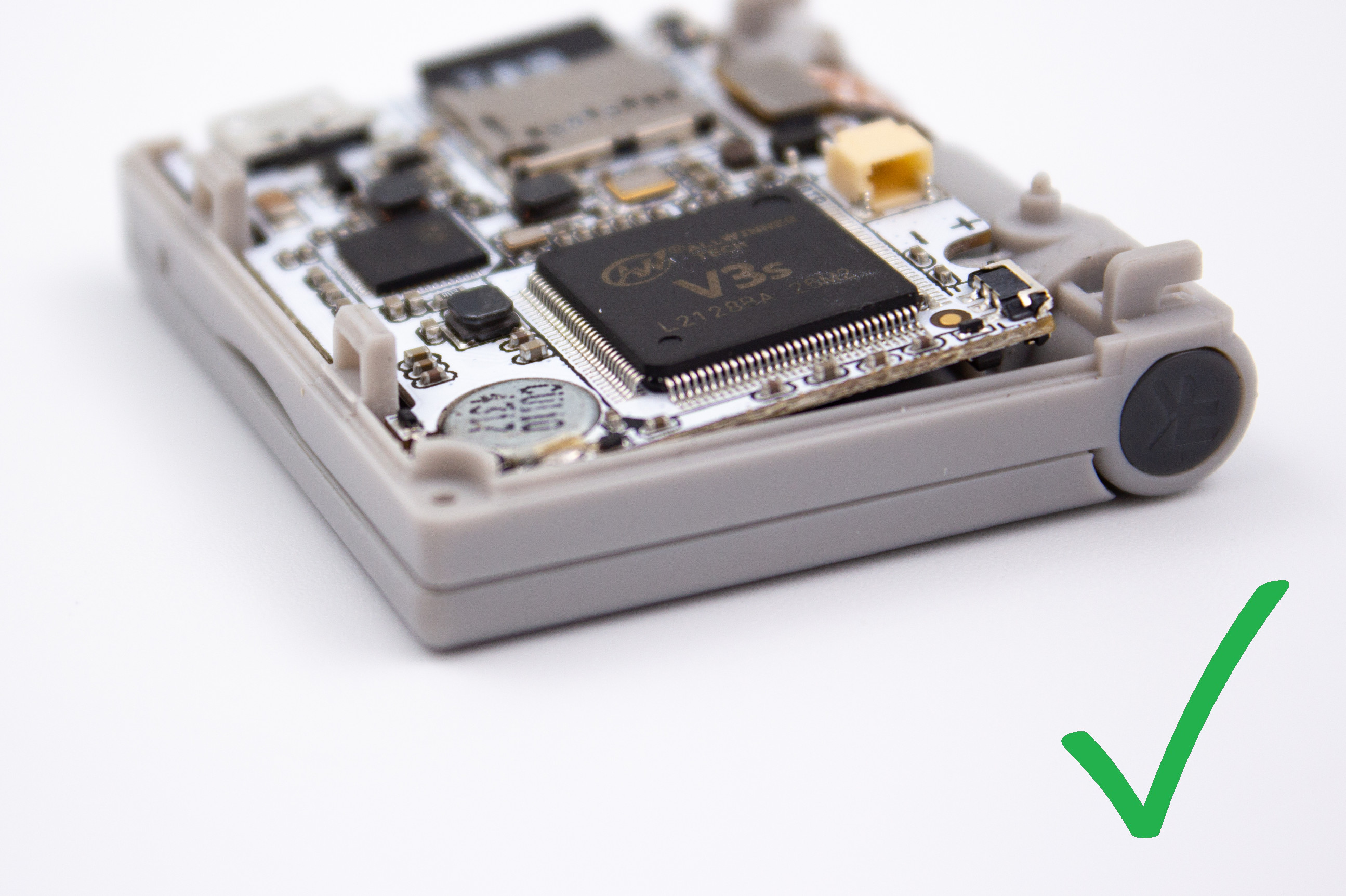 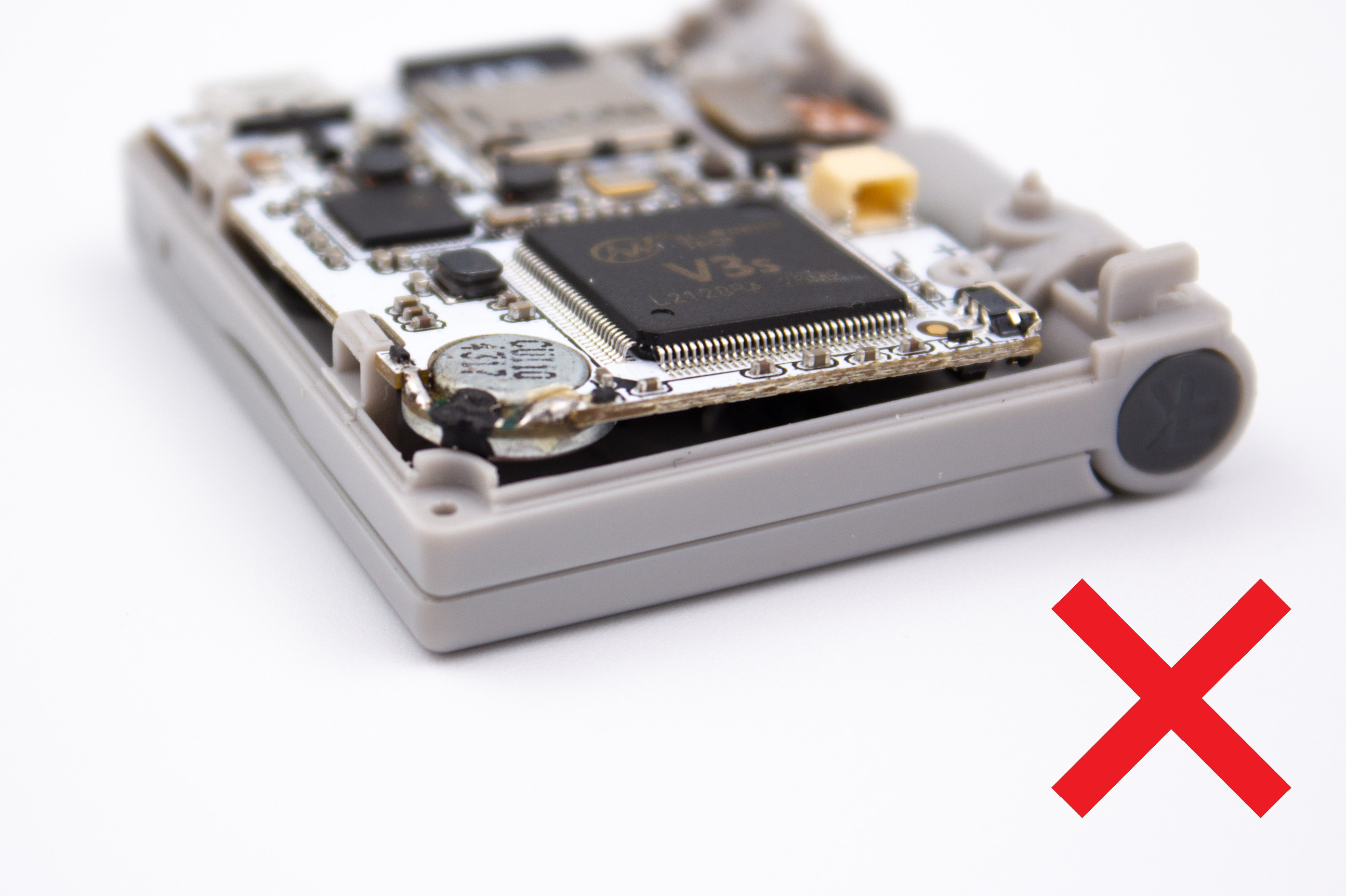 Insert first the speaker into its location in the casing before putting the circuit board back in the case, like in the pictures.

Reassemble the console by following the previous steps in reverse order.

Be careful not to damage the switches on the circuit board when putting back the L/R plastic buttons.